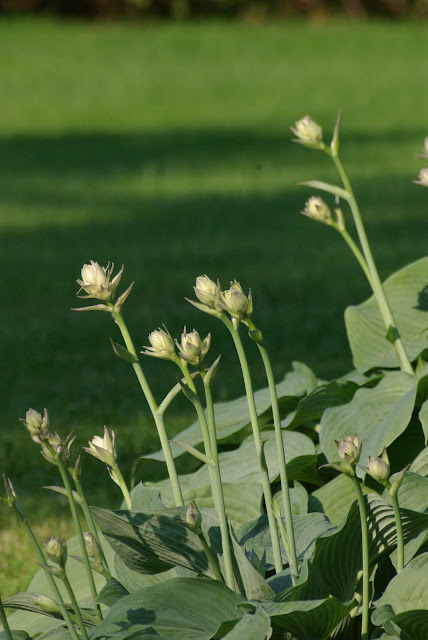 It Does Not Stop The Rain,

But Allows Us To  Keep Going.

we have been experiencing a lot of rain.

Posted by Patio Postcards at 05:00 No comments:

Me On A Monday - August 2nd 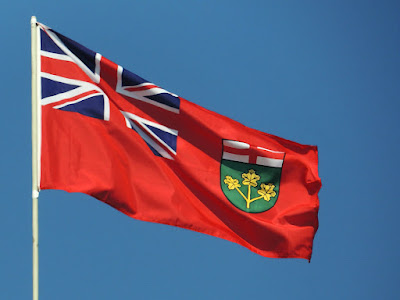 It's a holiday Monday here in Ontario & for the most part it is referred to as CIVIC HOLIDAY, although you may find many communities call it by other names. Civic Day is not celebrated in all provinces and/or territories.

Regionally COVID cases & hospitalizations are declining, yeah. The fully vaccinated are rising in numbers, yeah.  The new word I am seeing & hearing is "vaxxed"  referring to be people being double and/or fully vaccinated.

I've been working on creating cards to send to members of our church, to advise that our Bishop has authorized a return to in person church services.  For our church that will be in September. 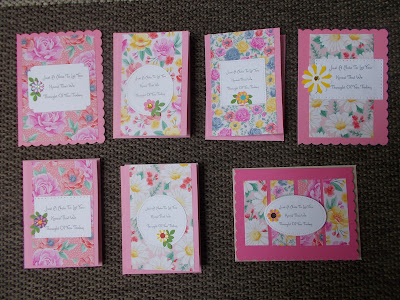 We watched the farmer harvest the winter winter on Saturday; it's a dusty business but it makes me reflect on how fortunate I am to have such a view in my back yard & of course give thanks to farmers. 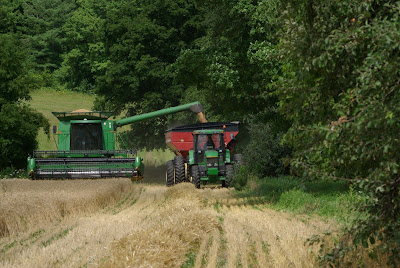 We spent some time finally tackling the cupboard of mugs in our kitchen. We got rid of (donated) 26 mugs! There is now an entire shelf empty. I am well on to my way to meeting the August De-cluttering 31 items challenge. For more info, click here for Bless's August Challenge:  An Item A Day Keeps The Clutter Away

A reminder that next Monday, August 9th is our next SPSH check in.  How are you doing with your search & finds?

Too Often We Pay The Doctor

To Make Us Better

Maybe We Really Should Be

To Keep Us Healthy.

Which pairs very nicely with:

Let Food Be Thy Medicine,

Let Thou Medicine Be Thy Food

these quotes come from my own searching & attempting at better, sensible eating, aka dieting.

If roses are the queen of the summer garden, then surely the day lily is the duchess of the garden.  Day lily aka Hemerocallis, beautiful for a day.

Please enjoy the beauty of the day in my many day lilies. 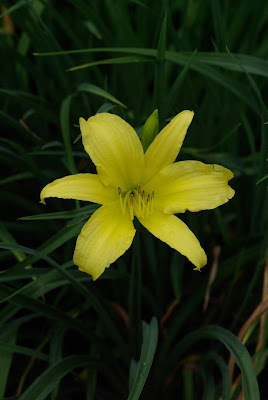 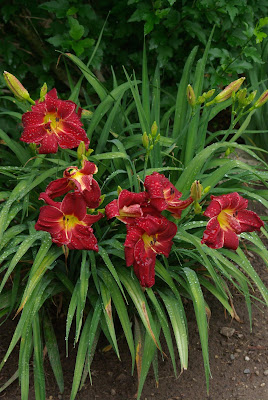 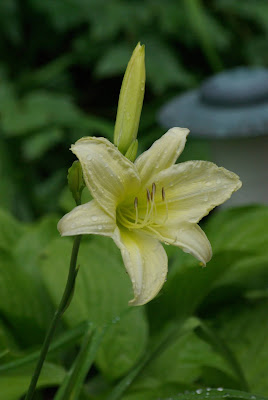 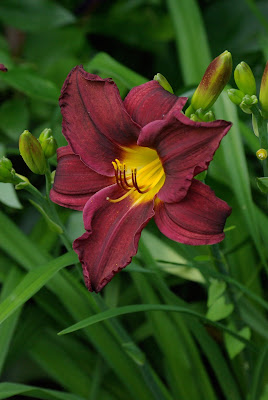 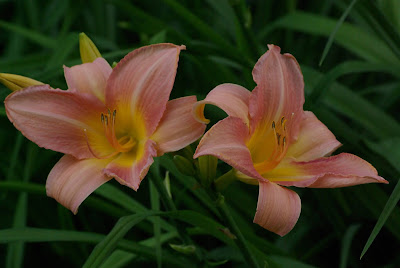 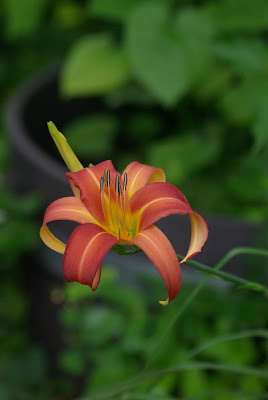 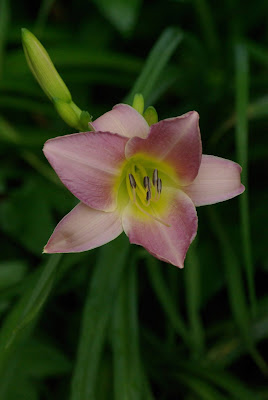 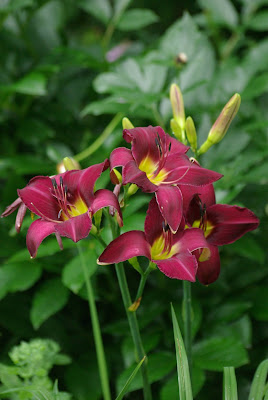 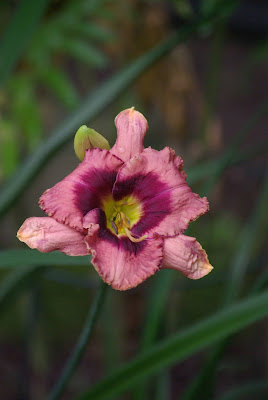 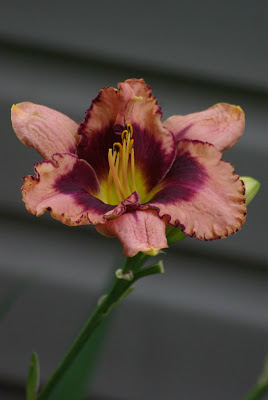 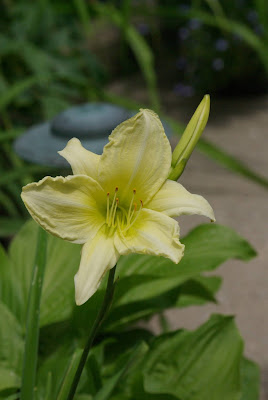 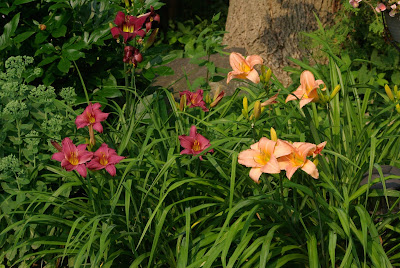 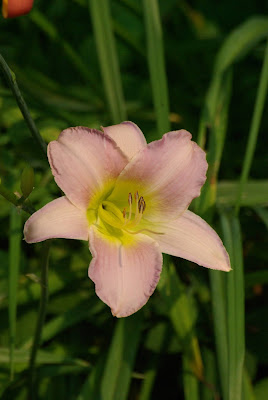 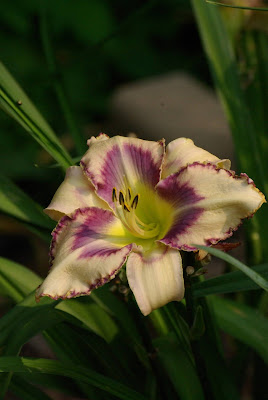 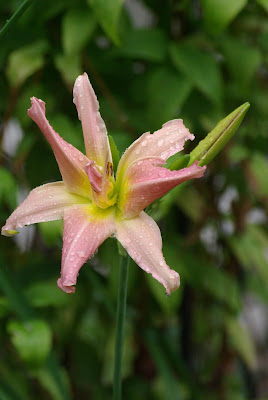 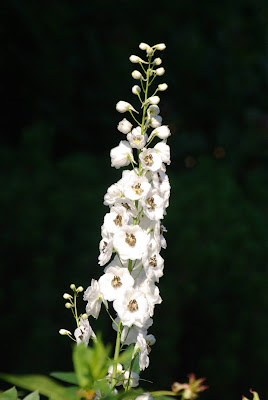 Tension is who you think you should be,

Relaxation is who you are.

I got this quote from Deb My Yoga Friend
Posted by Patio Postcards at 05:00 7 comments:

Good Morning One & All.

Currently SPSH: when I was reviewing the list, I saw Marie Kondo moment (or not); which had me looking at my previous attempts, especially the t-shirt rolling to tidy up the drawer.  Instead, I ended up pulling out everything from my closet, sorting & thinning out.  Two large bags later, ready for donations, I feel I have achieved my Marie Kondo moment again.  All the blouses are lined up in colour  with sub sorting of solid or print & sleeve length.  I still have to re-tackle the rolls of t-shirts which have seemed to collapsed within the drawer into one big pile of material!  I am sure that Ms Kondo would be asking me if I really need all those white blouses ... I'll say no more for now & yes I took photos.

Currently Reading:  I just finished The Good Sister.  Oh my, I will never complain about my sisters again after reading this.  Well written but in the end as things were revealed it made me so beyond sad, it made me angry, so I'm not going to say I enjoyed the book.  Also the author gave some background as to what inspired her to write the book ... she needs to start working with a therapist for her two daughter's relationship, IMO.  I also read Jennifer Weiner's latest, That Summer.  That's now two books I've read of Jennifer's & I don't think we will be getting together on any more; her books are not my type of a good read. I do find her to be hilarious in interviews & enjoy those chats but I have not had any warm fuzzies after reading two of her books.

Currently Watching:  we are very excited that Unforgotten's latest series is now playing on PBS, a channel we get & I almost got caught out missing the first episode.  Thank goodness for repeat of Sunday PBS shows on the following Wednesday.

We got Manhunt, starring Martin Clunes on DVD from the library.  We enjoyed this & it's based on a true story of a murder in England in 2004 which in solving that particular crime went on to solve two other murders & an attempted murder by the same man.  In the extras on the DVD the producer said that the show when shown in Britain in 2018 brought several other victims forward.  It was refreshing to see Martin in a serious role. We have enjoyed many of Martin's specials.  I know he's a favourite for many in Doc Martin.  This is not a show we enjoy, neither Mr Man or I like the supporting characters & usually if we don't like the friends, we don't like the show.  On request we have Martin Clunes & The Australian Islands.

Currently Cleaning: we have a large indoor/outdoor carpet on the patio, which helps to define the sitting area.  This week we noticed that with all the rain & overcast days, there's a green mould developing on two corners that don't get a lot of what sunshine there is.  Etch!!  We sprayed with white vinegar to kill the mould & now we will have to power wash to clean.  We have to be very careful when spraying the vinegar that we don't walk on the carpet & then walk on the grass; made that mistake last year & we had several foot prints of dead grass & clover.  We power wash on the driveway so no plants or grass are harmed.

Currently In The Shopping Basket: nothing other than food & boy did I get a shock on the prices increasing at an alarming rate.  Mr Man enjoys bacon & I get him an easy to prepare pre-cooked, salt reduced no name brand, which the last time I bought in May was $4.49. I went to order for this week & it was now $7.49!  It is not in the basket this week.  Are you noticing a significant rise in food prices?

... and I'll leave you with this thought .... all my passwords are protected by amnesia.

It's How Knowledge Is