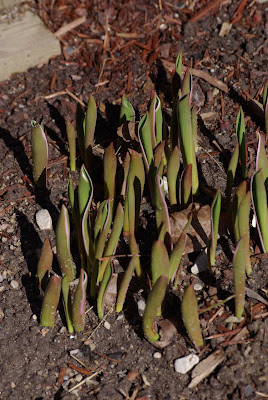 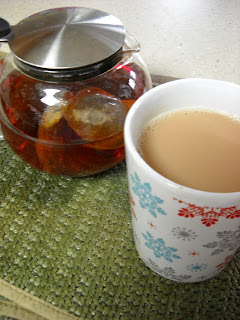 Good Morning. I trust & hope that all is well with you.

It's nearly month end & the end of the first quarter of my OLW - Reduce (Release).  How did I do with this one word as a guiding thought for the first 3 months of 2022?

I would say overall it has been a success.  Mr Man & I made great headway with reducing & releasing things.  We also worked with the idea of silent to do's & tolerances (life & things).  The prime areas of focus were; health; creativity; spiritual & (our) environment.

I found a few new to me minimalists & de-clutter-er specialists on uTube to inspire. I also found a few books & websites about clutter in our emotional life.

We spent some time in several rooms of our house, noting separately what worked in the room for us, what didn't work & what changes could we agree upon. Our lists were almost identical for each room.

We started in one of the most used rooms in our house, the Family Room, aka, tv room.  Changes we agreed on, were the room needed more evening lighting, the big reclining sofa no longer worked, (other than for the cats as a scratching post) & the layout of furniture didn't flow. We both agreed the room needed to be more than for watching tv. We also did not want to buy anything more for the changes & that we wanted to shop within the home for things to work with the changes we wanted to make.

The big sofa was released (donated) on the 18th & has been replaced with two reclining chairs that were originally intended for the patio/porch & are made of natural & "manufactured" wicker (our cats don't like wicker so won't scratch). The seats & backs of the chair have big comfortable cushions; we re-arranged two other chairs to make a reading nook in one corner; we reduced a lot of books, which freed up some shelf space to bring out a special horse ornament that had been hidden away while the fur girls were kittens (they will be 8 this summer); we did some general de-cluttering of old remotes & gadgets; we brought two lamps from another area of the house that really didn't need them, which is providing some much needed night time light in the Family Room.  Overall the room feels a little cozier & yet more open as the furniture flow works better. It's nice to have a place to sit & read & enjoy with the fireplace on. We had snow on Saturday/Sunday, so yes the fireplace is still getting some use!!

The next room we worked on was the kitchen & it received a lot of thought about what needed releasing & reducing.  A lot of duplicates, especially in those propagating plastic containers. We went through all the food stuffs in both cupboards & frig to reduce items beyond their sell by dates; released a lot of glassware. Our goal was to reduce enough things in the kitchen that the top shelves in the cupboards could be empty. The biggest surprise in this room's reducing was that we had two waffle/sandwich makers!  I swear my kitchen is a portal to someone else's cupboard.

The third room on our quarterly reduce & release purge, was the dining room.  We haven't finished yet as this become a source of great emotional reluctance on both our parts for some sentimental items.  We have decided that this room has been reduced as much as we are comfortable with for now.  One of the found things we have kept rather than reducing, were fabric napkins so that we reduce our use of paper napkins. We have been eating our meals more regularly, especially dinner, at the dining room table rather than in front of the tv. We are reducing the mindless eating (health) & increasing conversations (relationships).

As for Reducing or Releasing stress, well that's a work in progress. I am working with a sleep coach from the University. I bought a weighted blanket & although I don't sleep with it on at night, I do use it on my "prescribed" rest & breathing break mid-day. Hopefully, soon the ice & snow will be no more so I can return to outdoor walks - the treadmill is great but there's nothing like outdoors for stress release.  Latest research says that it's not just walking that is beneficial but change of locations that boost mental well being.  I've also signed up for my sleep coach's new workshop - COVID (emotional) Recovery which will begin later in April.

Craft Stash Reducing has been an ongoing success - a box of old papers/stickers went to my bible study's group nursery - the kids are loving the assortment of papers & stickers to create works of art for Mom/Dad.  I have gone through each colour themed storage case with the intention of reducing by 25% - there's also been some success there.  The 100 Day Project is helping to stimulate my crafting & as Ruth says, a little every day; I'm moving through the UFOs.  I also decided in aid of reducing "which" stress in scrapbooking, to pick one double page layout sketch  to use for two months in my garden album. This way I have only 6 decisions to make & I've already got 8 layouts made with January/February's sketch. The paper & embellishment changes make the layouts unique for that month. As I've said & will say again, for me, it is about completion not comparison. And stash busting is the bonus.

I am particularly pleased with this embellishment cluster I made for a page about Mr Man's snow blowing & shoveling adventures. The jar & snow person are stamped, the snowflakes & leaves are die cuts. I learnt to tie bunny ear bows! 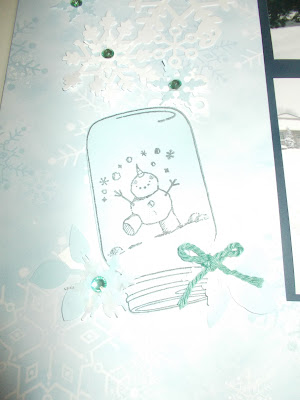 So what's the next quarter's OLW? I don't think we are entirely done with Reduce, but it will not be the focus in the next quarter.  I'll share next week what OLW I've settled on for the next quarter,(April to June). I've been tossing & rolling about a few words (again it's a year of RE words).

As of March 21st in Ontario, the mask mandate & other pandemic restrictions in our region have been lifted. Masks are still required on public transit, hospitals & long term care homes. As new case numbers, even the sanitized numbers, are rising as are hospitalizations, it is doubtful that we are ready to return, yet, to indoor dining, or for indoor entertainments like the theatre. I had hoped to feel a little more comfortable with the idea of in person shopping, but I'm still not feeling all the confident or comfortable.  I will note that about 80-90% of people are still wearing their masks when indoor shopping. Never let it be said we rush in where fools dare to tread!

This Thursday is the last day for the WPSH - are you ready to link in with Eileen at Bracelet of Days?  I'll be posting on Friday & will share the link.

I'll leave you with this cartoon thought ... 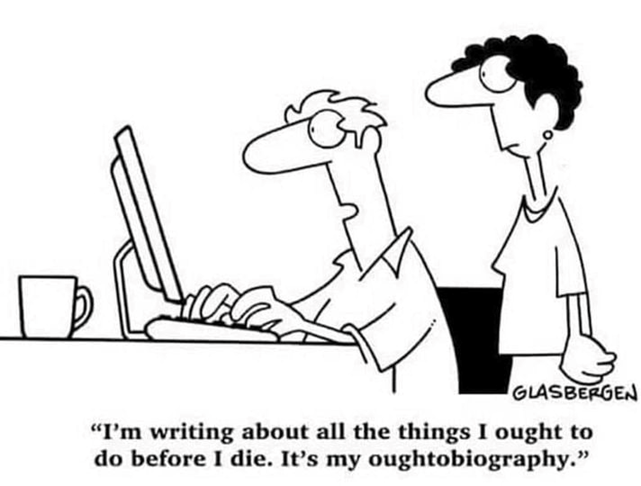 Email ThisBlogThis!Share to TwitterShare to FacebookShare to Pinterest
Labels: Me On Monday, OLW

Tell the story of the mountain you climbed.

Your words could become a

Page in someone else's survival guide.

No matter how far you have traveled in the wrong direction, you can always turn around. 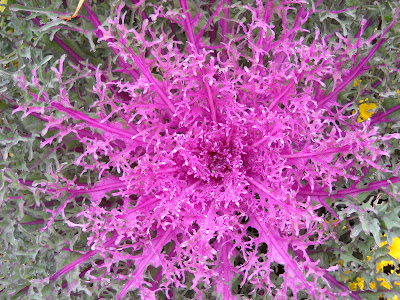 You are not required to set yourself on fire, to keep someone else warm. 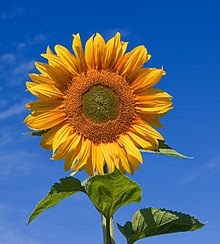 Good Morning.  Weather wise, we have been having a bit of a melt. So thankful to see some of the snow going.

I received a most beautiful card in the mail last week from Ruth - she doesn't think she's a card maker, but trust me this card gives Hallmark a run for their money!  It came at the right time as I really needed some cheering. 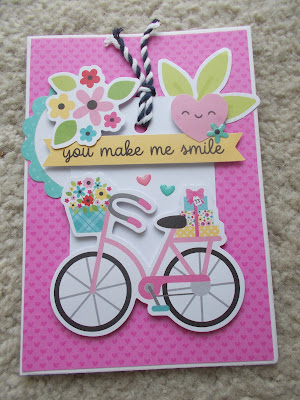 Currently Reading:  I just finished reading The Music Shop, which was the 3rd in a row book by Rachel Joyce.  I did not hate, but I did not like.  I was not able to bond with or care about the characters.

Thank you Karen for referring Lenten-Good Enough-Guide by Kate Bowler.

Currently Sorting: through lots of paper notes from meetings from previous jobs & church council meetings.  After reading through Joy at Work, thank you Susanne for bringing to my attention, I thought this was an easy task to take on for some immediate joy. Shredding can be such a joyful task.

I am going to take a break from Me On Monday for a few weeks.  I'll be back on Monday March 28th.  I will still have some wisdom to share on Wednesdays.

And I'll leave you with this thought ... "if we are to rest in peace, why can't we live in peace?"

Today's Wisdom is just a little different.  I recently came across this idea in a book I was sorting as whether to keep or donate.

Fresh eyes has this idea settling upon me, causing me to give consideration as to which I am.  Maybe incorporating into OLW.

I realize that many of you may have already heard about this theory/idea, but like many things, I seem to get the news second hand (chuckling).

A thermometer simply reflects the temperature, & does nothing. A thermostat actually determines the temperature & makes adjustments, if necessary, changes suited to the environment & the needs of the room.

How about you, which are you in your friend & family relationships, your work environment?

When things get hot or cold – uncomfortable – do you act the same, the thermometer, or do you attempt to make a change or adjust to something  less stressful, less confrontational to make it more positive, the thermostat?

Thermostats have influence, the ability to affect change. Thermostats don't just settle for the status quo, thinking since it's always been this way, don't rock the boat. They assess the situation & make the necessary changes to benefit you and others?

When you look at your own current situations, are you approaching it like a thermometer where you just settle or reflect your present circumstances? Or do you realize you have the ability to be a thermostat and make a change(s) to reset your current temperature/situation?

Maybe today, start to think of yourself as a thermostat and that you do have more control than you think."

So which do you think you are?