Watering The Tagged In Love/Hate


I have accepted the invitation from Lady Ella: http://flowers-of-progress.blogspot.co.uk/ to play along with the Things I Love/Hate.  I am choosing to water down to Likes and Dislikes. 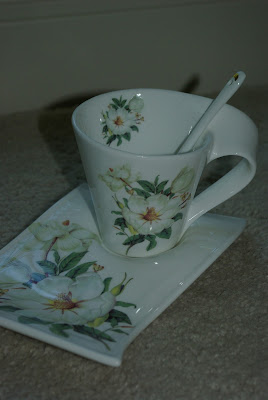 1. Making lists
2. Spell check
3. When Tim Horton's gets my tea order correct (Really; bag in, 2 milk)
4. Pinterest
5. Being able to renew my car license for 2 years
6. Jewelry
7. Auto on my DSLR
8. A book in hand
9. A free ticket from the lottery (hello opportunity knocking)
10. pretty tea mugs/cups


Things I Dislike: (again no order)

1. The over use of the word apparently
2. The swear F word used as an adjective (we all know it's a verb)
3. Loud voices
4. Children wearing t-shirts that proclaim them as the boss (parents I believe you will pay for this one)
5. Mosquitoes (really, what's their purpose?)
6. That most of the ladies at church think they are sopranos (and I'm not talking Tony)
7. Drivers texting or talking on the phone while driving (too dangerous)
8. Commercials that aren't clear on what they are selling (was that sex or a car you were selling?)
9. Dog owners that do not stoop and scoop their dog's poop in public places
10. People who blow their grass clippings on to the sidewalk

Email ThisBlogThis!Share to TwitterShare to FacebookShare to Pinterest
Labels: Summer

First a wave to Sian, our lovely hostess, found at this link:   http://fromhighinthesky.blogspot.ca/ and a wave to all the other charming ladies.

It was a weekend of very heavy rains.  We had to bail out the pond and run the sump pump several times.  Most happy that the rain held off until 11:30am on Saturday, long enough for us to enjoy the Boat/House Tour of Puslinch Lake (another item on the Summer of Doing Manifesto).  My teeth are still feeling sensitive to last Thursday dentist cleaning, continue to use that special toothpaste for a few more days.    Bought a used Pentax DSLR camera body so that I don’t have to keep switching lenses, scored on this one.  Locating all my Canada Day decorations and wearables.  Baking white cupcakes with red icing to take to the clinic.  Meal planning. Checking off items on Rinda’s SPSH.  Folding and putting away laundry.  Balancing the accounts to be sure there is not more month than money.  Taking time to read – currently:  Jeffrey Archer’s Time Will Tell.

Monday you are fast becoming my favourite day of the week. 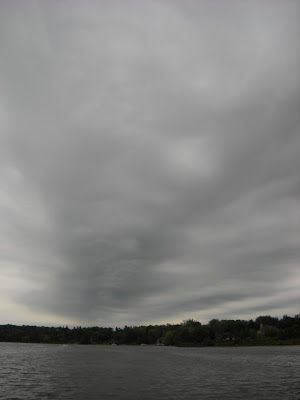 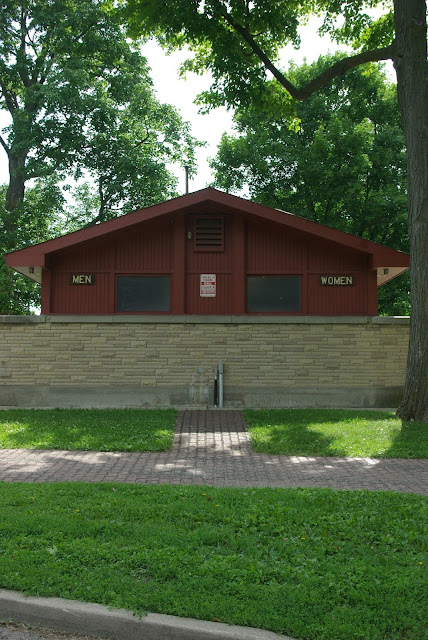 #12 A public restroom, bathroom, or toilet

#13 A merry-go-round or carrousel

Another find at Riverside park 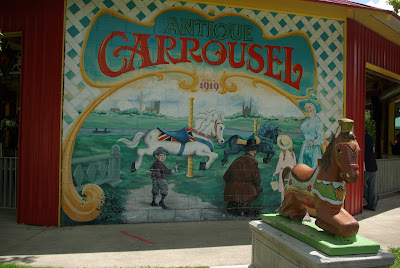 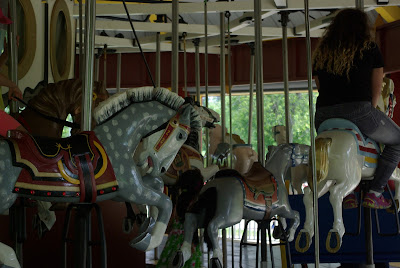 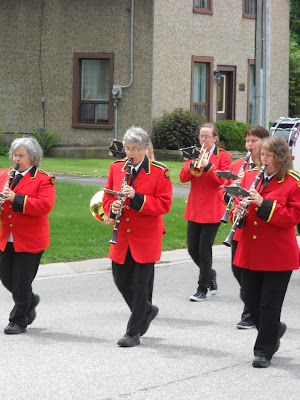 
As part of our Exploring Wellington County adventures, just after we toured Fergus, we drove to near by Elora. 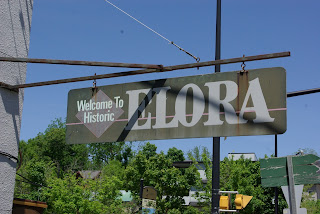 FACTS:  Elora's was founded in 1832 by Captain William Gilkison, a British officer recently returned from India .  The village,originally called Irvine Settlement,  was renamed Elora when the post office was established in 1839. Gilikson named the community after his brother's ship, which was itself inspired by the Ellora Caves near Aurangabad India. 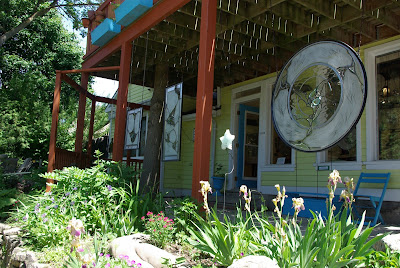 Elora is well known for its artistic community, which include several shops of hand crafted art, glass, jewelry, drawings and clothing, along with several cafes, ice cream shops and tea rooms.  Two of the many shops that we wandered through were the glass shop where everything was made from mouth blown glass.  The jewelry was lovely but some of my favourite pieces were the garden glass stars in which you placed a candle.   Such talent.  The most curious shop we wandered through got us through the door because of the SPSH and the need for door knockers.  This shop was devoted to knockers of every shape, size, material and design. 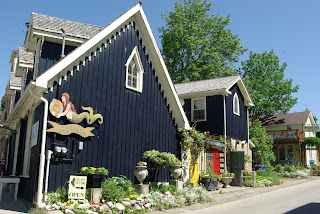 We ate lunch at the Desert Rose Cafe, specializing in home cooked vegan and vegetarian dishes.  We both had almond and egg salad sandwiches on freshly baked dark rye bread.  To drink we tried their specialty  Bengal Spice Ice Tea - I have since been making this at home.  Mr Man prefers a sweet ice tea but he did enjoy this and as it was rather a warm day, a refreshing choice. It was a small cafe and the seating arrangements were big family style wood harvest tables and benches, so you could end up sitting with people you didn't yet know.   Since we were touring on a weekday we didn't have to wait for a seat.  Prices were reasonable. With tip, lunch was $25 Cdn.   This also ticked off an item on the Summer of Doing Manifesto - eat at 2 new to us restaurants. 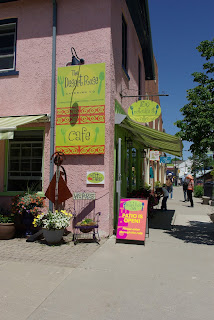 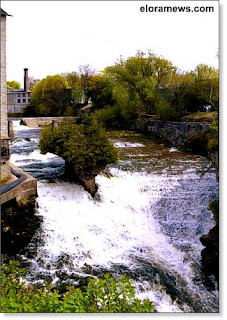 Elora has been a regular day trip for us when we could still get to the Tooth of Time waterfall which is/was overlooked by an old mill with viewing platform.  The old mill, now hotel, on whose property the platform resides, has been closed for renovations for at least 5 years. Not being able to have a look at this amazing natural piece of architecture was SO very disappointing to us.  But this trip was not just about the waterfall, so on with touring. 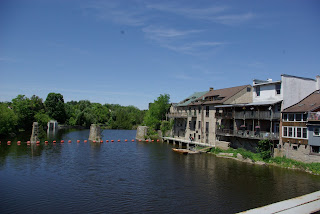 The river just before where  the Tooth of Time spills over was quite full so I can only image that the water was flowing as freely as the internet photo shows.  Most of the outdoor patios and terraces that overlook the river were not open for the season on the day we were there.  On previous visits in the evening you often hear music from one of the local night venues and as the traffic usually quietens in the evening the mix of music and water make for a beautiful blend of two sounds. 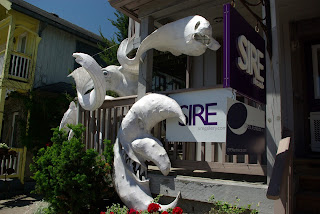 As we wandered the streets we came across this outdoor paper mache display.  During October the entire town has Halloween related paper mache creatures amongst the gardens, the shops and along side the park benches.  Elora celebrates Halloween in a big style.  These art pieces are a little too ghoulish for my tastes. 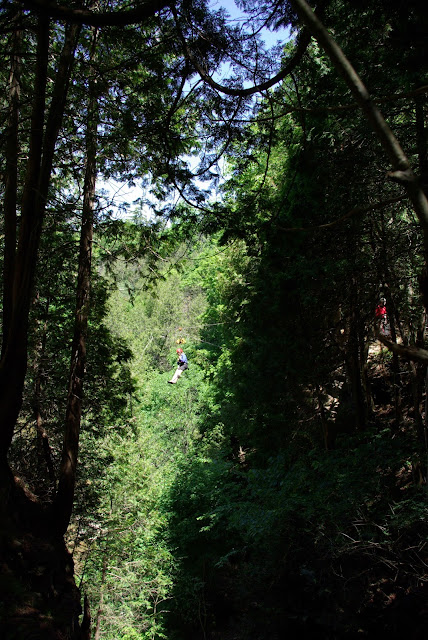 The town of Elora shares some of its fame with the spectacular Elora Gorge and its 80 foot limestone cliffs descending into the Grand and Irvine Rivers, along with The Elora Quarry, which was used to film a couple of scenes in the movie Angel Eyes. The Elora Gorge now hosts zip lining, repelling and rubber tubing adventures, none of which are we brave enough to participate in.  We watch with enthusiasm. There was only one zip liner this day.  The Elora Quarry Park, a former limestone quarry,  is now maintained and manged within the Conservation Parks network, and is a very popular swimming area.  With the very high cliffs surrounding the now water filled quarry, it tempts one too many cliff divers and every year someone looses their life at the quarry.  No Diving signs are posted everywhere, but mostly ignored.


Elora is also home to the Elora Festival Singers, an all professional Grammy- and Juno-nominated chamber choir and hosts annual concerts for 4 weeks in August.  We have enjoyed their talents at a Christmas concert in Guelph.   Other entertainment in Elora is a racetrack and gambling facility with 200 slot machines. Both hotly debated.

While I did enjoy our afternoon touring Elora and knowing full well that this is a hot tourist location, I am not sure I felt the tourist high of discovery.  Maybe because I have wandered around a number of times with the sole purpose of watching the waterfall and because I was denied, I could have had my day sullied by this.  It is a town that delights, inspires, amazes and is quite a pretty postcard picture.  Outside of the downtown hub, the homes are expensive and have amazing gardens.  Yes, do visit Elora when you come to Ontario.
.

Early Pages In The Summer Of Doing Album

I thought it was high time I shared some of my scrapping passion.  These photos are the first time I have ever photographed my work.- another learning curve in the works on how best to do.  Any suggestions most graciously  received - I took the inserts/photos out of the plastic pockets - oh the glare, the glare!

I normally work in 12X12" albums so this Simple Stories 6X8" pocket style album should be quick, easy and lots of fun.

This is the 2015 Summer of Doing  album cover. Each month will have a chapter page which will include a calendar insert card to record the dates of the adventures and the everyday things.  This year I started with the month of May, since in Canadian terms of summer, the Victoria Day Long Weekend (or as some call it the 2 4 weekend) is what we call the first long weekend of the summer. 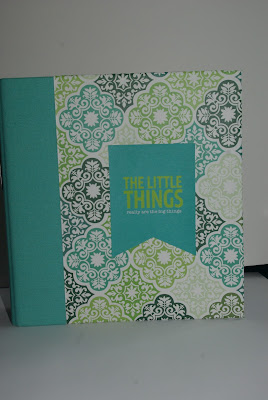 This is a chapter divider for all the photos of the adventures from Exploring Wellington County.  I am working on a chapter page for the SPSH photos. 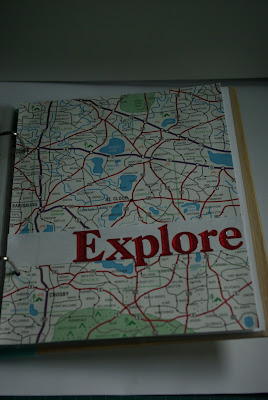 The next two photos are of some of the pages I have already done for the album.  I found online a template for postcards which I am going to use throughout this album for the printing of poems and quotes I want to include.  The postcard template is to remind me that it was during this Summer of Doing, I created my blog, Patio Postcards. 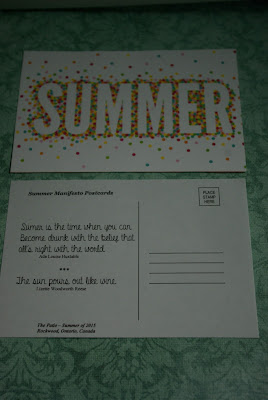 The banner or bunting washi tape I found at Michael's Craft Store - my plan is to use it for most if not all the journal cards.  Yes those are my painted toes drying while I enjoyed a mug of tea on the patio. 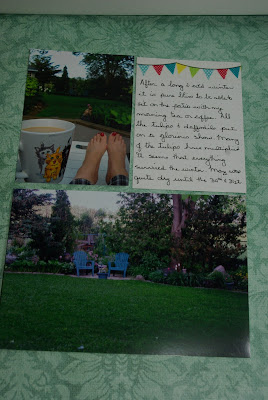 So that's the start of the Summer Of Doing Manifesto Album.

Pairs - One Must Go With The Other

Linking in With Helena's Pairs at :  http://helenascreativemaven.blogspot.ca/ 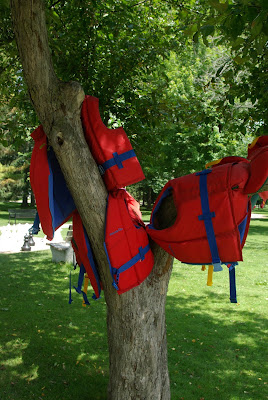 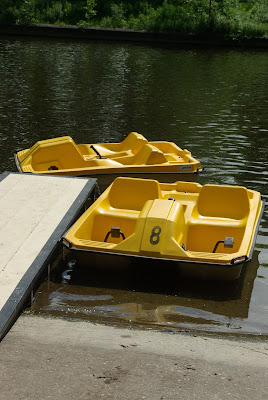 Today's Pairs were captured while we strolled around Riverside Park in Guelph, looking for items listed on SPSH.   The staff manning the pedal boat station engaged in quite the back and forth banter about the life jacket tree - I asked if it was a native life jacket tree, to which his quick wit countered, no it was an import, native life jacket trees are a different colour and don't bloom until much later in the season ... hahaha  ... either way, one is mandatory for the other to happen and no we didn't petal.
Posted by Patio Postcards at 06:25 16 comments:

Email ThisBlogThis!Share to TwitterShare to FacebookShare to Pinterest
Labels: Pairs

Me On Monday - The Puzzlements

Linking in with Sian's Me On Monday at  http://fromhighinthesky.blogspot.ca/ 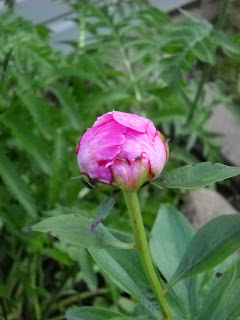 Weekend weather was gorgeous, Summer’s arrival on Sunday was greeted with “Summer’s Day, Summer’s Day", two of the most perfect words.”

Some time spent puzzled by the behaviour of some people;  don’t swear at me to make your point.  Some confusion spent on instructions for assembling a paper finger fortune telling puzzle.  Feeling quite bewildered over what to prepare for meals this week; I am not feeling the inspiration, and to this end, glad we don’t have any take away places in our village; they would be on speed dial.   Last week I was quite social and left the patio several times; that baffles my friends.  This week I have only 2 social engagements planned, one includes meeting Mr. Man’s boss!!  Puzzling on what to wear. Bedazzled by Canada's Woman's Football (Soceer) Team! Keeping a sharp eye out for Rinda’s SPSH #4. People playing a board game or card game.  I wonder if assembling a jigsaw would count?  And finally bemused at the dirty fingers - oh yes must be from the fresh blueberries I was freely snacking on.

Monday you are fast becoming a favourite.
Posted by Patio Postcards at 06:00 6 comments: