Me On A Monday - September 13th

May I say I feel that this month is just whizzing by, ever so quickly.  Good Morning, I hope everyone is well. 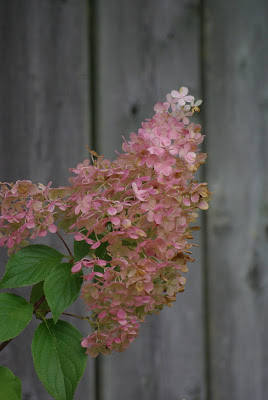 Last Friday Mr Man & I decided to vote in our federal election at the early polls. Our minds were made up & unlikely to change by September 20th, the official election day. The line up surprised me, but it moved along fairly quickly & all the waiting was done outside & everyone was masked & kept 2 metres apart, so thankful for no rain & not too hot.  Reports on the one of community FaceBook pages made lots of notes about line ups, no line ups, so I'm encouraged that the pandemic doesn't seem to be discouraging people from voting.  Because there will probably be a lot more mail in votes this year, we have been advised final results could be a couple of days.

Currently In Home Improvements: we have been having some trouble with the bricks on our outside chimney flaking & cracking;  it all comes down to the builder doing a very bad job.  It seems that the majority of houses in our sub-division are having the same problem.  We got a quote for replacing the bricks with either new bricks or man made stone - it was surprisingly expensive. We checked out the house painters that provide brick staining/painting & yes they could do just the chimney.  The man that came to give us a quote said he'd paint the chimney in white, (our siding is white),  I said NO, we'll pick a colour to match the existing brick ... long story short, the existing brick has been repaired & painted/stained to seal in a dark brown (Brevity Brown), that matches the rest of the brick, in a fraction of the cost - if you were driving by, you would not see anything dramatically or noticeably different.  Painter man said he was impressed with the colour & finished look.  I dislike the stress of choosing paint colours.

Currently In The Garden: started the long slow emptying of the annuals. It makes me sad, so I take my time doing.  I am in no hurry to move the last days of summer along.  One of the big barrel Morning Glory vines collapsed under it's own weight, taking down the supporting trellis, so that was an easy choice to cut down & empty the barrel.  I had another barrel full of red & white petunias that was long past its prime, so it was emptied.  The Cosmos that I planted in the ground are still blooming profusely & look lovely, lots of flowers.  The Cosmos that I planted in pots have tree trunk stems but not a single flower bud or bloom.

As I empty out the annuals, I take notes of what were successes & what were misses. Cosmos in the ground were a definite success & I've been collecting the seeds from them.  My plans of the blue, white & pale blue Lobelia in the water pump barrel were a success & achieved the look of frothy water.  Another repeat for next year.  My Gladioli were not successful in the pots, only two out of the twelve bloomed or actually grew at all. But they were both lovely pinks, so there's that success!

And I'll leave you with this thought ... the chill pill I took this morning seems to have been a placebo!