Me On A Monday - September 6th 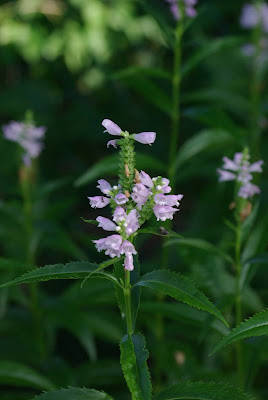 It is a holiday Monday here in Canada - Labour Day.  With this holiday there is a little normalcy returning to life in Ontario; Labour Day has always been the day before school returns & this year most schools & most kids will be returning in class learning.  There's some celebration required for this!  Ontario has done a fairly good job getting kids between the ages of 12-17 years fully vaccinated before the return to school & bravo to those kids rolling up their sleeves.  Now if we could only get adults in the 20-39 years range to co-operate, but that's a tale for another post.

Currently Watching:  a very quirky comedy/drama, called The Detectorists (Acorn TV).  Mr Man & I found all the characters a little charming & funny.  In real life we know a few people just like the lead two.   We have season 2 of 3 seasons on order from the library.  We are just beginning season 3 & the final season of 800 Words.  I've not found this characters charming or quirky but mostly endearingly annoying.  We also finished up Sunday with season 7 of Foyle's War. Season 8 of Foyle's War shows "in transit" on the library website.

Currently Reading: well in this case it was actually listening to a book. I don't normally do audio books as I always fall asleep while listening, but with the latest release of Louise Penny's book, The Madness of Crowds, it was the only way I could get an in on the initial release.  I do have my name down at the library for the book & as of Saturday morning I was #14 on 21 copies. Everyone gets 3 weeks to read a book, so I am most hopeful for some rapid reading & timely returns!  My initial listening of  The Madness of Crowds, was it was not Louise's best, but again it could be the listening rather than the reading that has my opinion skewed.  It felt like she was trying to deal with too many world current affairs & tie them all together with her usual characters.  I remain open to change my opinion.

Currently On The De-clutter Front: finally found a donation site that is taking clothes & household items. Several bags of clothes & several boxes of things were all taken to this site on Saturday.

And I'll leave you with this photo of a very cute puppy that we have been invited around to to meet later this morning.  He is cute ... 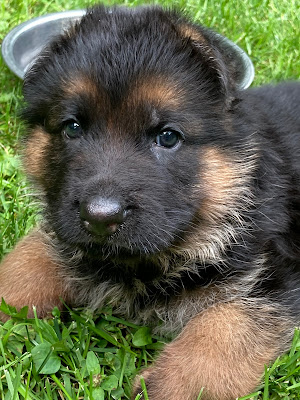 ... he belongs to previous neighbours who we are still friends with.