Field Trip Friday - Let's Wander Through Some Of My Scrap Pages

These are some of my pages from a project I did a couple years ago and it was the first time I scrapped non-chronologically.  It was very freeing and now I do a lot of random scrapping.  I had found a book written by one of the leaders of the scrapping industry, Lisa Bearnson, "50 Moments Scrapbook The Pages That Matter Most".  I got the book second hand, so I am not sure when it was originally published, but I really liked the idea of scrapping things about myself, out of order.

Shhh is about my addiction to Jube Jubes - I tried making fun of myself and my "need" to organize the jube jubes, which by the way was true,  since I am in recovery of jube jubes, I am not eating them anymore. I miss them very much. 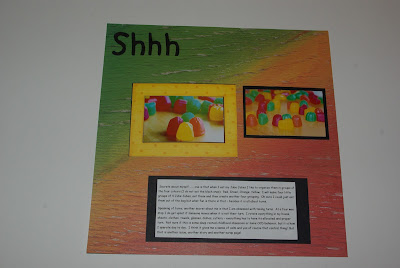 Girlfriends is about friends and since many of them live a fair distance away and/or are reluctant to be photographed, I needed to come up with a way to include them.  Each one of them at different times, has given me a special mug. 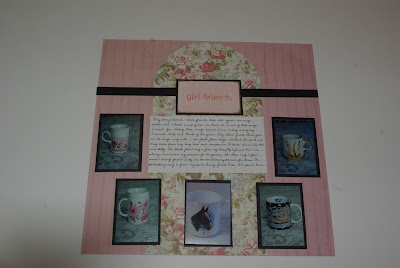 The Truth page has hidden journaling which is behind the photo and fingers crossed was the only way I could think of to depict Truth as a photo on the page.  I have since done a few pages without photos.  Knowing that the journaling was going to be hidden was very freeing for me to tell my truth about Truth. 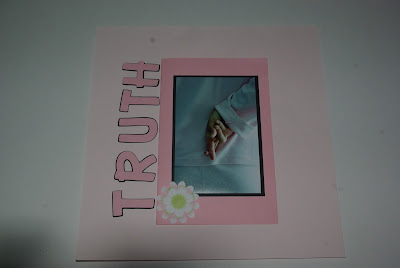 The Numbers page was because I was hearing so many discussions from family, friends, TV, magazines, internet stories about watching this number, that number, it was becoming all about the numbers. I stood the wood letters, HOPE, beside the weight scale ... 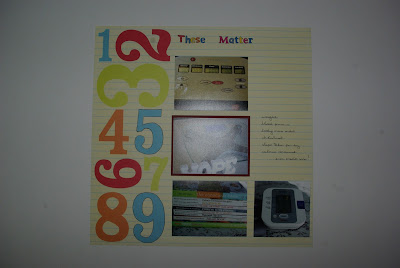 Take Care page was a copied from the theme for a staff training session, Mind, Body and Spirit, that I helped organize.  I am a believer that all three are SO connected and if I was doing this page today I would include, Energy since we all bring to any and every situation and I believe it is another way we are all connected. 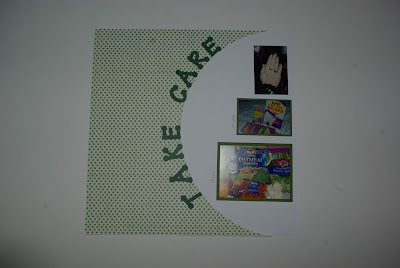 Bravery page is about one of our cats, Wobbly Hobbes, our 3 legged kitty. We found her by the side of the road, someone had shot her, plus she was suffering with frost bite and dehydration.  The vet thought she had been left for at least 2-3 days.  To save her life the vet had to amputate her front left arm.  The fastest kitty on 3 legs. She is the bravest being I know and she has taught our family so much about being brave and never giving up. 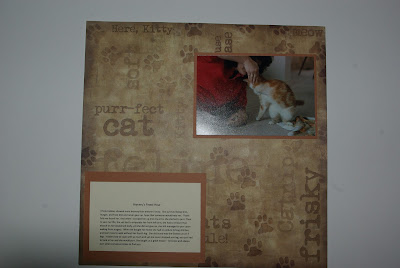 Bud Stalker was about my garden in early spring.  As soon as the snow melts I am out there several times a day checking to see what is blooming or about to bloom. 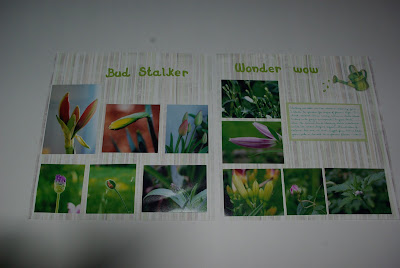 Patience , some winters just seem longer and more difficult to be patience through.  This page was a first of using an enlargement and them mounting a smaller photo on top.  I also wrote the journaling around the outside of the photos. 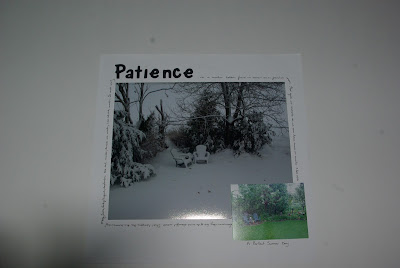 Passion, these 2 double page layouts are of my darling Smudge Pudding.  In the pink layout I used the song, Soft Kitty, from The Big Bang Theory as my title and journaling.  The brown and orange layout has no journaling, I let the word paper and photos say it for me. 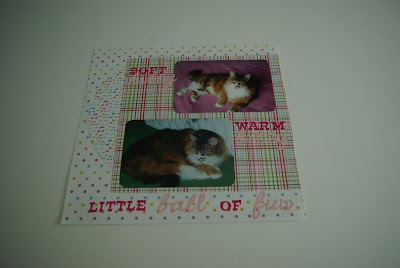 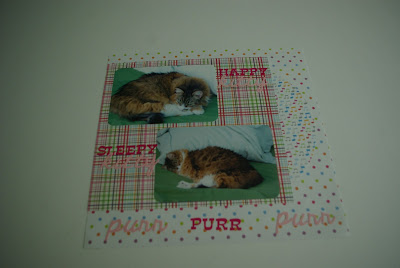 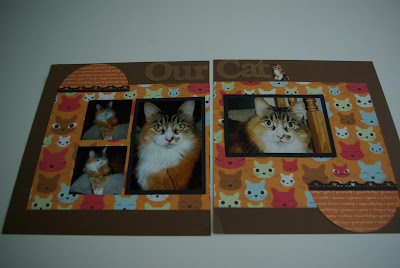 Thanks for wandering with me, it makes me want to go scrap some more pages ...

Posted by Patio Postcards at 07:30